Appeals of the Temporary Coordination Committee of NSZZ „Solidarność”

The TCC was established during the martial law in Poland, on the 22nd of June 1982. From the very beginning it was a secret, underground structure. It consisted of leaders of Solidarity  most active regional structures – Bogdan Lis from the Gdansk region, Zbigniew Bujak from Mazovia, Władysław Frasyniuk from Lower Silesia, and Władysław Hardek from Lesser Poland. Its aim was to coordinate activities leading to lifting the martial law and to resurrect the Independent Self-governing Labour Union “Solidarity”. The Committee made also several appeals to free imprisoned labour union activists and to restore civil rights.

Some of these activists performed their duties under pseudonyms, and numerous changes in the composition of this structure resulted from frequent arrests. From the beginning the Committee was combated by communist authorities. The accusations included violent efforts to overthrow the legal government and espionage on behalf of Western powers.

In 1986 Lech Walesa established the Temporary Council of Solidarity, which was an open, public structure. On the 25th of October 1987, at a joint session of the Committee and the Council, the National Executive Committee was created, thus ending the works of the TCC.

During its years of activity the TCC issued over 100 communications, appeals and announcements. They expressed the views of the Independent Self-governing Labour Union “Solidarity” on various current political, social and economic problems. The TCC also issued several protests against repressions and human rights violations. It appealed for mass demonstrations and other forms of social resistance. The selection of their documents presented below comes from years 1984-1987/ 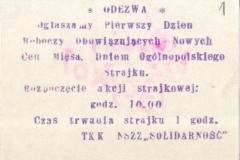 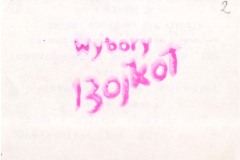 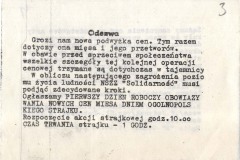 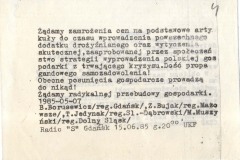 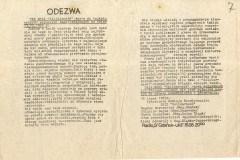 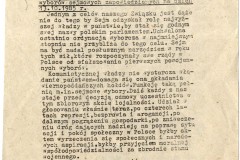 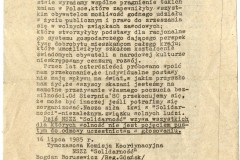 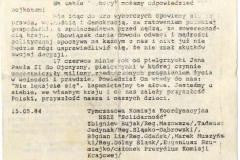 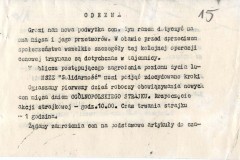 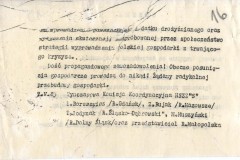 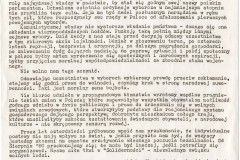 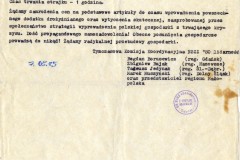 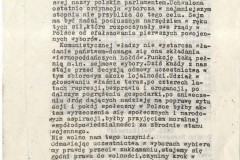 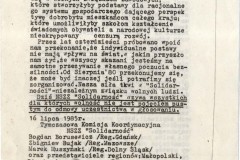 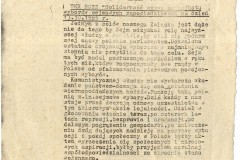 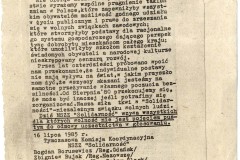 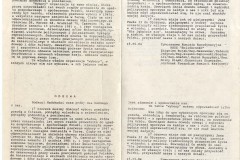