August 1980 strikes in the Maritime Institute in Gdańsk

The Archives of the National Commission of the Independent Self-governing Trade Union “Solidarity” contain documents related to workers’ strikes in  the Maritime Institute in Gdansk. This maritime research and development institute’s personnel took active part in August 1980 strikes.

The Institute’s Works Council in its document dated April the 20th, 1980 tries to ease rumors related to the strike in August 1980 in the Maritime Institute, claiming that due to the specifics of research activity it is not recommended to stop working and to join those on strike. They also believe that because of numerous summer vacation absences it is impossible to discuss and develop a common approach. At the same time they highlight the importance of wage increases in the Institute and of better social and living conditions in the whole country. They ask to direct any proposals and postulates directly to the Chairman of the Works Council and promise to transmit them to appropriate authorities.

On the same day the Works Council, in their letter to the Main Executive Board of Seamen and Port Workers’ Trade Union. The workers and their council demand substantial wage increases in the Maritime Institute. They see the causes of the crisis in the unused potential of Polish scientific achievements. They appeal to stop awarding credits to candidate students for coming from a working class background and to introduce rotation for all management positions in science. They object to bribery, to the so-called ‘commercial shops” (exclusive shops with better assortment of goods and high prices unavailable for many common people) , and to preferential treatment of selected social groups. They also demand better housing and postulate to introduce multi-annual paid leaves for mothers.

The first of the 21st of August documents presented below repeats the demands of the Maritime Institute employees, at the same time calling to disclose the truth about economic and political situation in Poland and about the demands of other enterprises on strike. In the second document the employees express their solidarity with the standpoint of the Inter-Enterprise Strike Committee and authorize them to represent them during negotiations with the government.

On the next day, August the 22nd, the General Council of the Polish Episcopate under the leadership of Cardinal Stefan Wyszyński, the Primate of Poland, issued a communication in which they support the demands of striking workers, and at the same time appeal to pursue honest dialogue and to act according to the spirit of the Gospels.

The communication of the Inter-Enterprise Strike Committee, dated August the 27th 1980 and addressed to the striking enterprises on the Polish coast. The Committee warns against leaflets distributed in these enterprises, signed by trade union works councils, disseminating false information that withdrawing from the state-approved trade unions resulted in losing social benefits. The Committee calls it a blackmail and requests the same benefits for members of independent trade unions.

The Voivode of the Gdańsk region, Jerzy Kołodziejski, in his letter dated Spetember the 8th (with a handwritten note by Professor Tadeusz Jednerał, President of the Maritime Institute “for information purposes, and to be applied”) informs that trade union membership is a matter of individual choice of each employee according to the Constitution of the Polish People’s Republic, and that all benefits from social funds are meant for all employees regardless of their trade union membership. Benefits and privileges resulting from existing membership to a particular trade union are not transferred automatically to other organizations. The Voivode also reminds that trade union related meetings must take place outside working hours and after informing the management about the purpose, date and place of the meeting.

The next document, dated September the 22nd, 1980 and addressed to the Ministry of Foreign Trade and Maritime Economy, clarifies wage increase demands of the Maritime Institute employees in accordance with a postulate of the Founding Commission Independent Self-governing Trade Union in the Maritime Institute.

Among the scans you can also find undated communication of the Radunia Shipyard, containing words of encouragement for people on strike and for their families, and appeals to continue protests and to keep calm. The communication relies on the support the Inter-Enterprise Strike Committee receives from the whole country and from abroad. 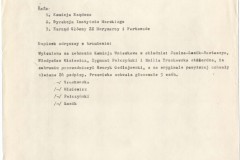 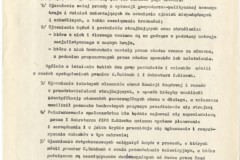 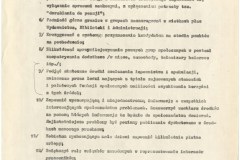 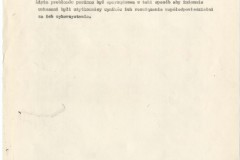 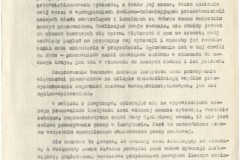 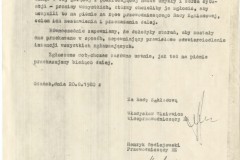 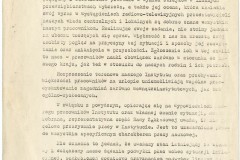 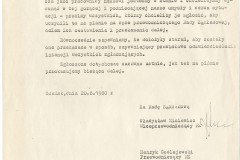 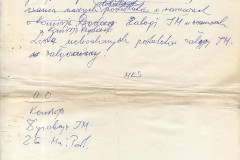 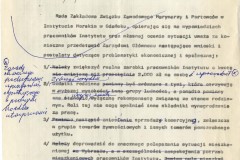 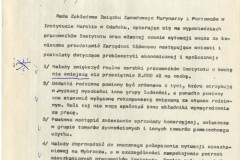 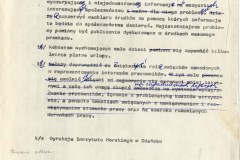 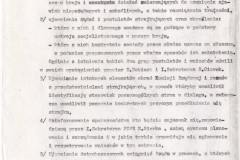 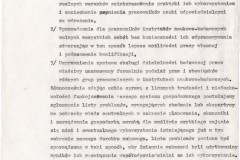 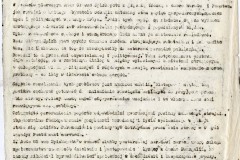 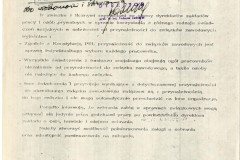 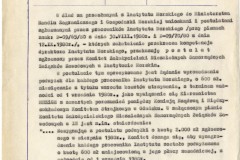 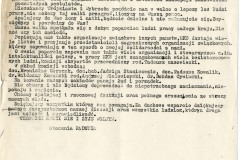 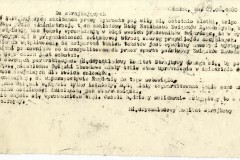 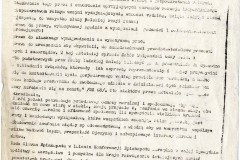