The Inter-Enterprise Strike Committee’s communications and announcements (dated August 14 to August 29) contain not only the 14th of August demands of employees on strike (e.g. to reinstate Anna Walentynowicz, Lech Wałęsa, Andrzej Kołodziej and other workers fired for their free trade union activity, and those fired after the June 1976 strike; to dissolve existing trade unions and to establish trade unions independent from enterprise authorities; to close down the so-called commercial stores; to improve procurement; to increase shipyard workers wages to 2.000 Polish zlotys; to erect the monument to the Victims of December 1970 promised in 1971), but also the famous 21 Gdansk demands (e.g. to allow free trade unions independent from the communist party and from employers, which resulted from ratifying the International Labor Organization Convention No. 87 on Freedom of Association and Protection of the Right to Organize; to guarantee the right to strike and safety of those on strike and their supporters; to comply with the freedom of speech, media and published materials guaranteed by the Constitution of the Polish People’s Republic).

Worth noticing is the Inter-Enterprise Strike Committee’s communication dated August 16, 1980, which informs about establishing the Committee, its objectives (like coordination of demands and strikes of factories and enterprises), and its decisions (to continue the strike until the demands of workers on strike are met). The communications and announcements stated the updated number of enterprises represented by the Inter-Enterprise Strike Committee (e.g. on August 18 – 240 enterprises were represented, on August 19 – 260, on August 20 – 304, on August 23 – 400 enterprises in the Three Cities area), and its geographical scope of activity (e.g. the Three Cities, Elbląg, Pruszcz Gdański, Starogard Gdański, Tczew). 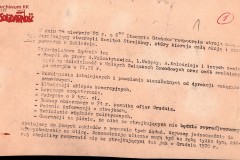 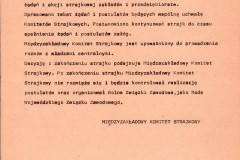 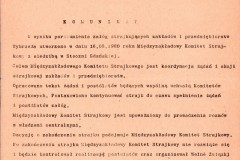 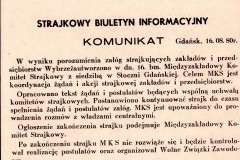 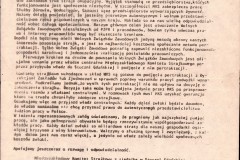 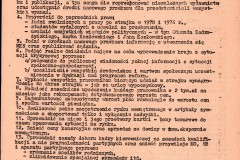 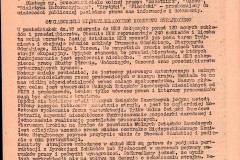 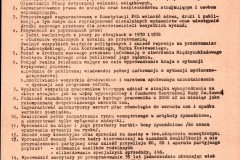 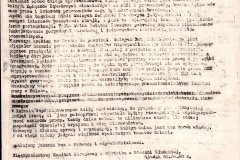 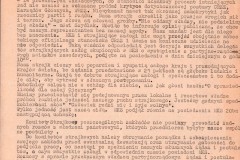 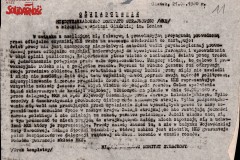 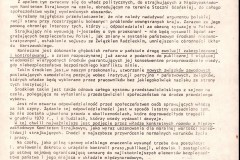 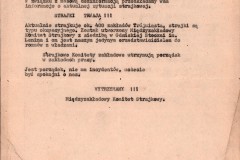 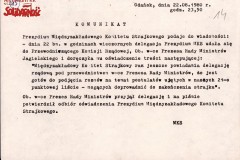 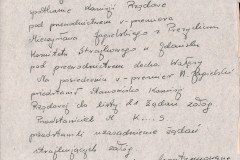 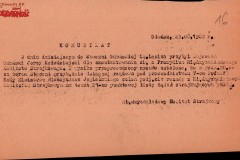 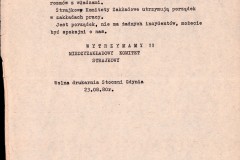 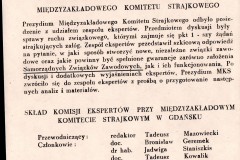 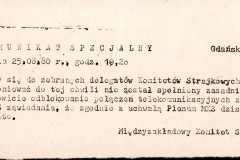 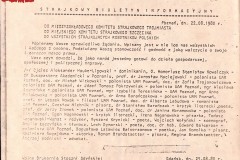