We would like to present some archival materials held in the Historical Archives of the National Commission of “Solidarity“. They may be used for educational purposes during history, social studies and Polish language classes focusing on martial law in Poland. The Historical Archives of the National Commission of “Solidarity” holds several collections containing documentation related to1981-1983 period in the Polish history. Below are examples of documents from the fond of the General Committee of the NSZZ “Solidarność” Medicines and Medical Equipment Bank and the Dąbrowska – Petersen collection of press clippings.  The materials on martial law are to be found also in the documents on”Solidarity” and other opposition groups collected by the Ministry of Internal Affairs in Warsaw, the Priest Prelate Hilary Jastak Collection, the collection of Priest Prelate Henryk Jankowski, and in the documentation of the Polish Veterans’ Solidarity, which was added to the holdings of the Historical Archives of the National Commission of “Solidarity” in 2014. In 2015 the Archives received the collection of Wojciech and Joanna Dombrowscy from Hamburg, and, recently, also gifts from other persons: Teresa Jaros and Elżbieta Przybylska.

Marial law has also been captured on phootographs, posters, postage stamps and envelopes.

During martial law the highest sentence was given to Ewa Kubasiewicz, who received 10 years in prison and 5 years loss of civil rights for organizing and leading the strike in Marital Academy in Gdynia. I believe her case is worth discussing with pupils and students in order to raise their awareness of how risky it was to perform opposition activities. The report of court proceedings which took place in February 1981 in the Navy Court is to be found in the fond of the Temporary Coordination Committee of NSZZ „Solidarity” – the Solidarity body responsible for coordinating regional structures of the Union since April the 22nd, 1982. The fond contains also information on people imprisoned in December 1981, leaflets, reports, communications, appeals, announcements, appeals and strike instructions.

The territorial range of martial law in Poland may be presented with the help of a map of  imprisonment centres in Poland. Such a map is part of the documents of the General Committee of the NSZZ “Solidarity” Medicines and Medical Equipment Bank. The fond contains lists of imprisoned people, a copy of the decision to imprison Lech Wałęsa, the Position taken by the Labour Party on the situation in Poland, March 1982 issue of “Wiosna Północy” (the Spring of the North) publication (including a a list of people traced by authorities in order to be imprisoned) et al.

Ministry of Internal Affairs in Warsaw, Collection of the Solidarity Trade Union and Opposition Groups

Thanks to the album of satirical drawings from the martial law period, preserved in the collection of the Ministry of Internal Affairs, we can now show students what kind of jokes were popular at that time and present typical signs and symbols used during martial law. The attached drawings display e.g. symbols of WRONA (WRONA, which means “crow” in Polish,  was a nickname for Wojskowa Rada Ocalenia Narodowego, English: Military Council of National Salvation) and ZOMO (acronym for Zmotoryzowane Odwody Milicji Obywatelskiej, English:  Motorized Reserves of the Citizens’ Militia) and interrogation scenes. An interesting description of the martial law period events is to be found in Andrzej Szczypiorski’s notebook.

Archival materials from the legacy of  Priest Prelate Hilary Jastak, the Solidarity’s priest and the parish priest of the Church of the Sacred Heart of Jesus in Gdynia, are a perfect example of charity actions organized by the clergy. The file titled “Charity in the martial law period” shows how gifts from abroad were transferred to Poland to those in need. The gifts included food, nutrients for infants, medicines. The analysis of requests and thank you letters may make students aware of the scale of demand for everyday products, medicines, clothing, etc., and effects of support received from western countries with strong participation of the church. The collection contains abundant correspondence with martial law prisoners from Potulice, Włocławek, Strzebielinko and Iława. Some of these letters have a decorative form, such as an envelope with a handmade postage stamp of the so called Prisoners’ Post in Potulice. There is also a letter written in Gothic alphabet and a telegram sent by a prisoner leaving the women imprisonment camp in Gołdap, which was well known in the 80s’.

The Archives of the National Commission of NSZZ „Solidarity” possess a large portion of the legacy of Priest Prelate Henryk Jankowski, who was a parish priest of the St. Bridget’s Church in Gdańsk. Among the preserved documents there are lists of imprisoned persons, lists of convicts, petitions, protest letters, dismissals from work, documents showing refusals to grant a passport due to political reasons, and information on church helpdesks for imprisoned persons. Suitable for history classes is the appeal of Pope John Paul II to Wojciech Jaruzelski in which the Pope asks him to stop bloodshed for the benefit of the whole nation. Priest Prelate Henryk Jankowski was very actively involved in providing assistance to the imprisoned. In his legacy we can find numerous proofs of transportation organized for families of those imprisoned in Potulice. Very interesting for the students at history classes may also be secret messages sent by prisoners. One of such messages from the Detention Ward in Gdansk is to be found in this collection. The content of such a specific soured of information shows the situation of people imprisoned for political opposition.

Collection of Wojciech and Joanna Dombrowski from Hamburg

Students may also be interested in reactions of western countries towards introducing martial law in Poland. The manifestation which took place in front of the Soviet Union embassy in Hamburg on August the 31st, 1982, may be a good example. The materials donated by Wojciech and Joanna Dobrowski from Hamburg include photographs and press clippings related to this event.

Photograph collection of the National Commission of NSZZ “Solidarity”

Photographs are a great material showing the events of the pasts. The national Commission’s Archive contains a number of pictures from the martial law period, displaying numerous demonstrations (in Gdansk, Gdynia, Warsaw, Lubin, Silesia), imprisonment centers (Strzebielinek, Białołęka), slogans painted on walls, and the first days of marial law in Gdansk.

Polish Veterans’ Solidarity, the General Board in Gdansk

Photographs donated by the Polish Veterans’ Solidarity show unrest among protesters in the streets of Gdansk: at the Central Railway Station, at the Monument to the Shipyard Workers Killed in 1970 in Gdansk, in front of the so-called “Zieleniak” (“greengrocers”, a nickname coming from the green paint on the façade of the building), and at the PZU (name of Polish insurance company) building, which currently is the seat of the National Commission of “Solidarity”.

The Historical Archives of the National Commission of “Solidarity” hold a collection of the underground post service, which may draw attention of students. Postage stamps issued in the martial law period played an important role in fighting with the communist regime. Income from sales of these stamps and of other similar publications helped to pay the costs of underground Solidarity structures. It covered the costs of printed materials. Postage stamps were kind of donation certificates supporting the Solidarity union. The stamps displayed  motifs related to martial law, and especially to imprisonment centers. The same subject matter is to be seen on handmade postcards and envelopes. During martial law large numbers of leaflets were published as well.

The Archive holds certificates of employment and necessity to perform work-related duties in various locations in the region, issued by the authorities during the communist regime. It is a perfect example of a document showing the young generation today how difficult it was to move from one place to another after curfew during martial law.

It might be interesting for the young generation to look for the first letters of all the paragraphs of the attached text, which form a phrase “WRONA SKONA”. WRONA (English: CROW) was a nickname for WRON (Wojskowa Rada Ocalenia Narodowego, English: Military Council of National Salvation), used to show contempt, and the translation of the whole phrase is “THE CROW WILL DIE”. The text aimed at deceiving the censor and it was published in a popular daily newspaper “Dziennik Bałtycki” in February 1982. 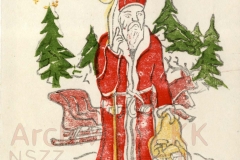 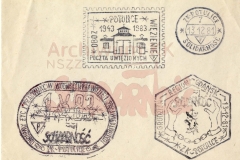 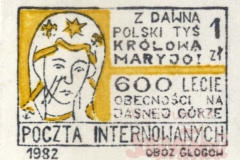 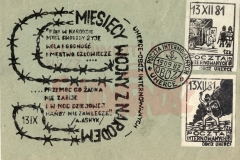 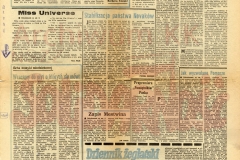 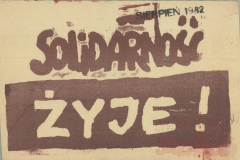 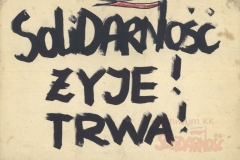 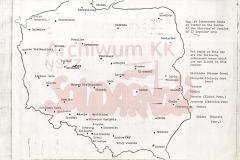 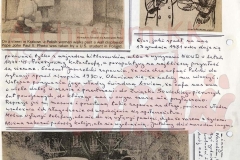 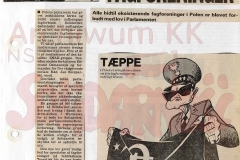 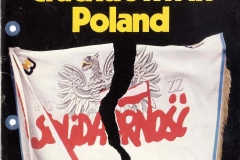 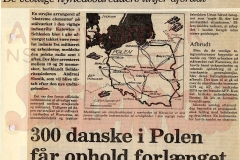 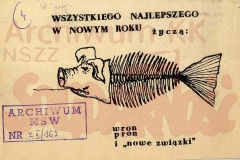 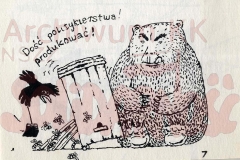 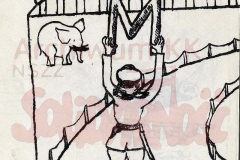 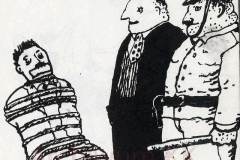 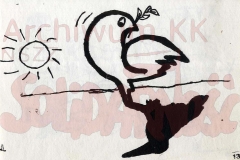 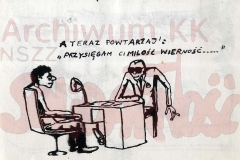 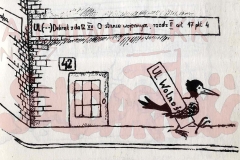 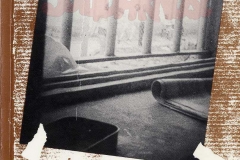 Visit us at the in the Archives of the National Commission of NSZZ „Solidarity”.