Strikes which spread all over Poland in the summer of 1980 are now recognized as one of the most momentous in Polish post-war history. They initiated the process of breaking away from the totalitarian system, they raised hopes for improvement in the hearts of common people, and, finally, they became an impulse to establish the workers’ union – Solidarity. Though the agreement between the government and the governed did not survive the next two years, the long-term consequences of the August 1980 breakthrough have contributed significantly to today’s reality.

From the very beginning Poles have been aware of this significance and expressed it by observing anniversaries of August 1980 in the following years. They were celebrated even in the dark days of martial law in Poland, not infrequently taking a tragic turn, like on August the 31st in Lublin, where people were shot to death by the Citizens’ Militia.

Out of the sources related to organization and course of peaceful demonstrations to commemorate the August 1980 agreements, worth mentioning are ephemera collected by the Historical Archives of the National Commission of NSZZ “Solidarność”. They are held in the AKKS 76/6 archival unit, belonging to the Collection of materials, reports and leaflets related to the activities of the opposition, strikes and repressions in the Polish People’s Republic.

The aforementioned ephemera come from 1981-1985 and have a variety of forms (shapes, colours, graphic elements) and contents. Some serve as reminders of the forthcoming anniversary and express postulates of the opposition or encourage for further resistance. Others call for taking part in demonstrations, laying flowers in memorial sites, boycotting means of public transportation (on August the 31st) or Parliamentary elections in the Polish People’s Republic. Some of the materials still show traces of functions they performed in the past, before being placed in the Archives, like glue leftovers with pieces of paint from walls they had been glued to, handwritten addresses (showing the place they were found in or their point of delivery). The flyers were issued by underground “Solidarity” structures from various regions and organizations, some also by the Federation of Fighting Youth and the Confederation of Independent Poland. They all have one common factor – a reference to the legacy of August 1980. Below some of them are presented. 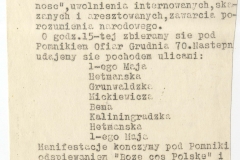 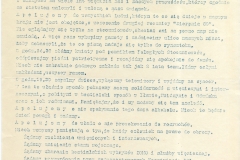 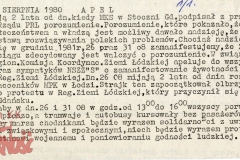 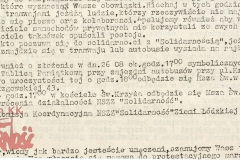 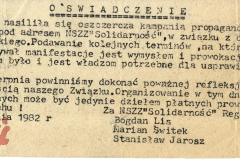 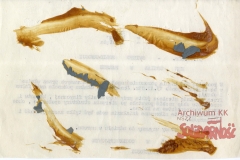 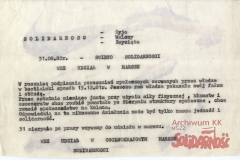 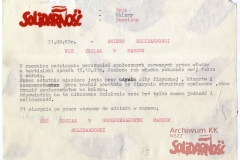 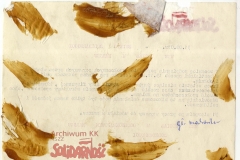 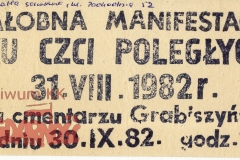 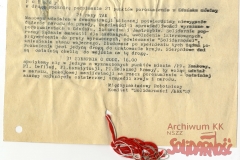 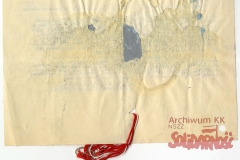 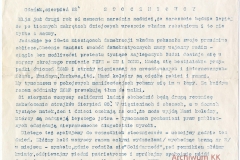 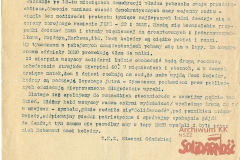 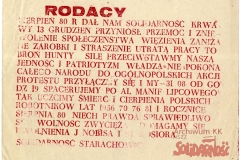 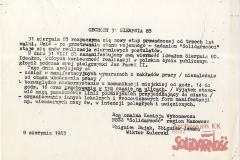 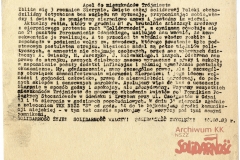 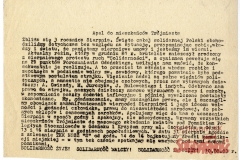 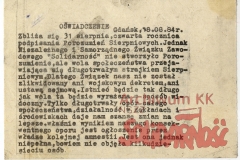 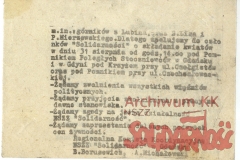