The NEC met frequently and issued numerous communications and statements. Below you can see three documents dated August the 29th, 1989 – communication from the NEC’s meeting, NEC’s position on establishing trade unions in private companies, and the NEC’s statement on the celebration of the 9th anniversary of the signing of the August Agreements. They are followed by the NEC’s statement dated January the 16th, 1990, on the draft ordinance of the Ministry of Labour and Social Affairs related to framework for setting the lowest level of salary in state-owned companies or social cooperatives. The last of the attached documents is the NEC’s statement on employment and collective redundancies, dated January 30th, 1990. 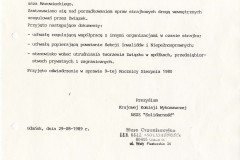 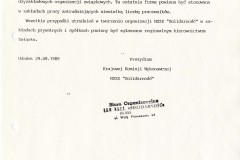 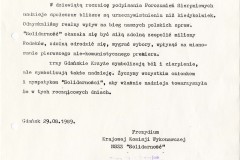 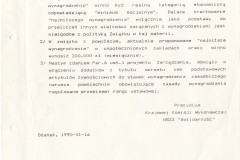 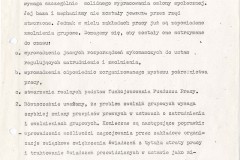 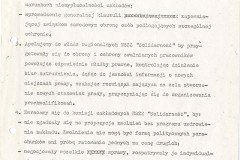 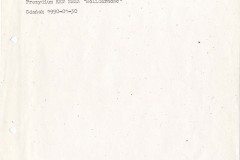