The presented copy of the Resolution of the National Coordinating Commission of the Solidarity Trade Union regarding access to mass media, dated September 1981, proves exceptional because of two reasons. The first reason is of course its content. The second one is the fact that the resolution appeared in the holdings of the then Ministry of Internal Affairs, which was confirmed by the stamp of the Ministry.

The resolution contains three significant sections. In the first one the third point of the Gdansk Agreements was recalled, it was also noted that the implementation of the Agreements was delayed and that radio and television were often treated as state administration’s organs. the National Coordinating Commission emphasized that it would continue to fight for the implementation of the Gdansk Agreement’s conclusions by all statutory means. In the second section of the resolution the National Coordinating Commission informed about the talks between its representatives and a working party set up by the Committee of the Council of Ministers for trade union matters and about the necessity to arrange for the Solidarity broadcasts in radio and television. The third section raised the question of the radio and television broadcast services and I National Congress of Solidarity delegates. The National Coordinating Commission stated it would not give it up despite the government’s demand to retreat from protests in press, radio and television as a compensation.

The resolution was concluded with expressing support for the efforts of Solidarity members in the Polish Radio and Television aimed at providing the Union with access to mass media. Support was also articulated for the Polish Journalists’ Association, whose members were fighting against the attempts to restore the pre-August order in press, radio and television. It was announced that the Union would not hesitate to react with strikes in response to the  attempts at intimidation of journalists and employees of social media.

This resolution belongs to a number of documents related to access to mass media in the People’s Republic of Poland, held in the Historical Archives of the National Commission of NSZZ „Solidarność”. 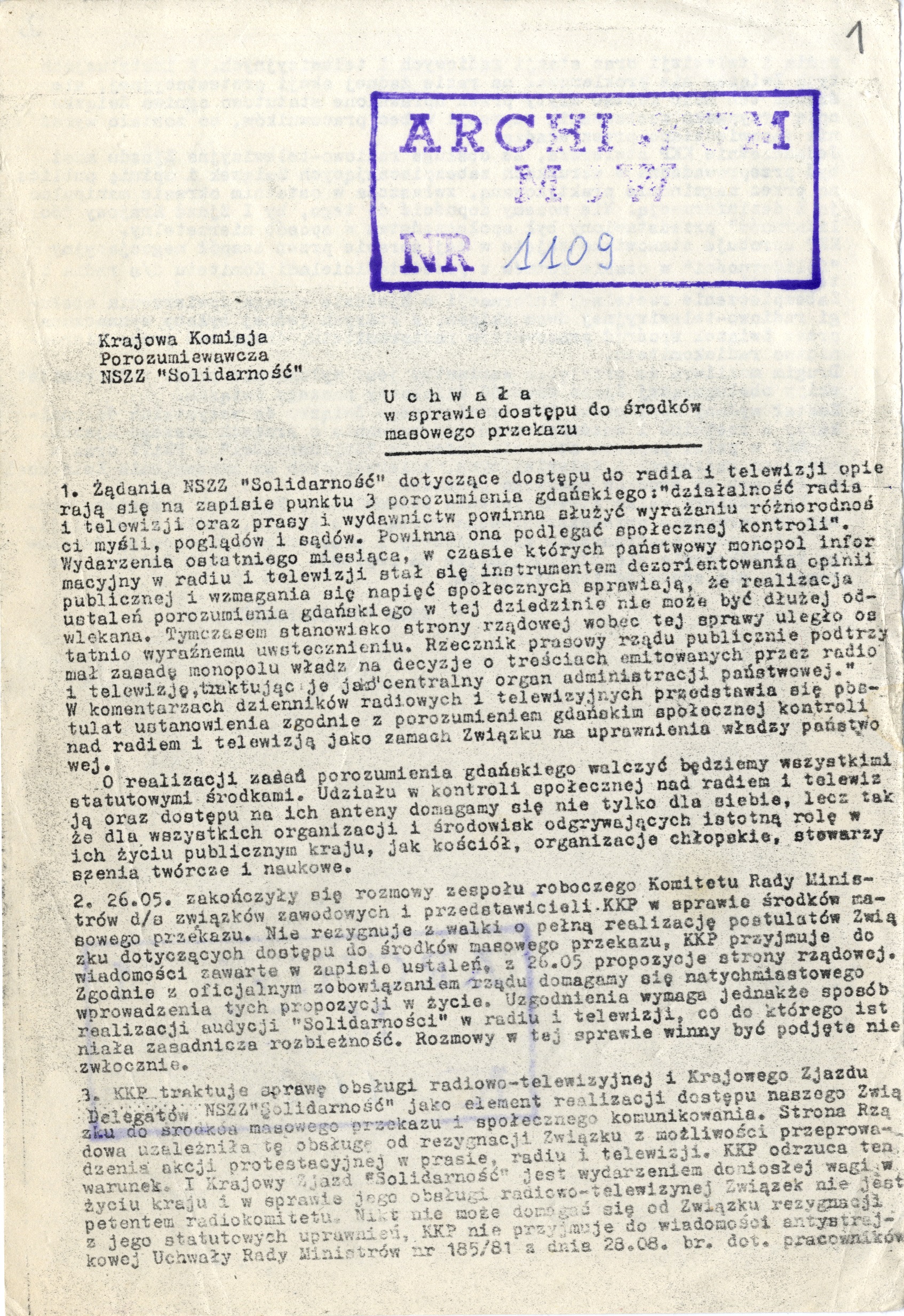 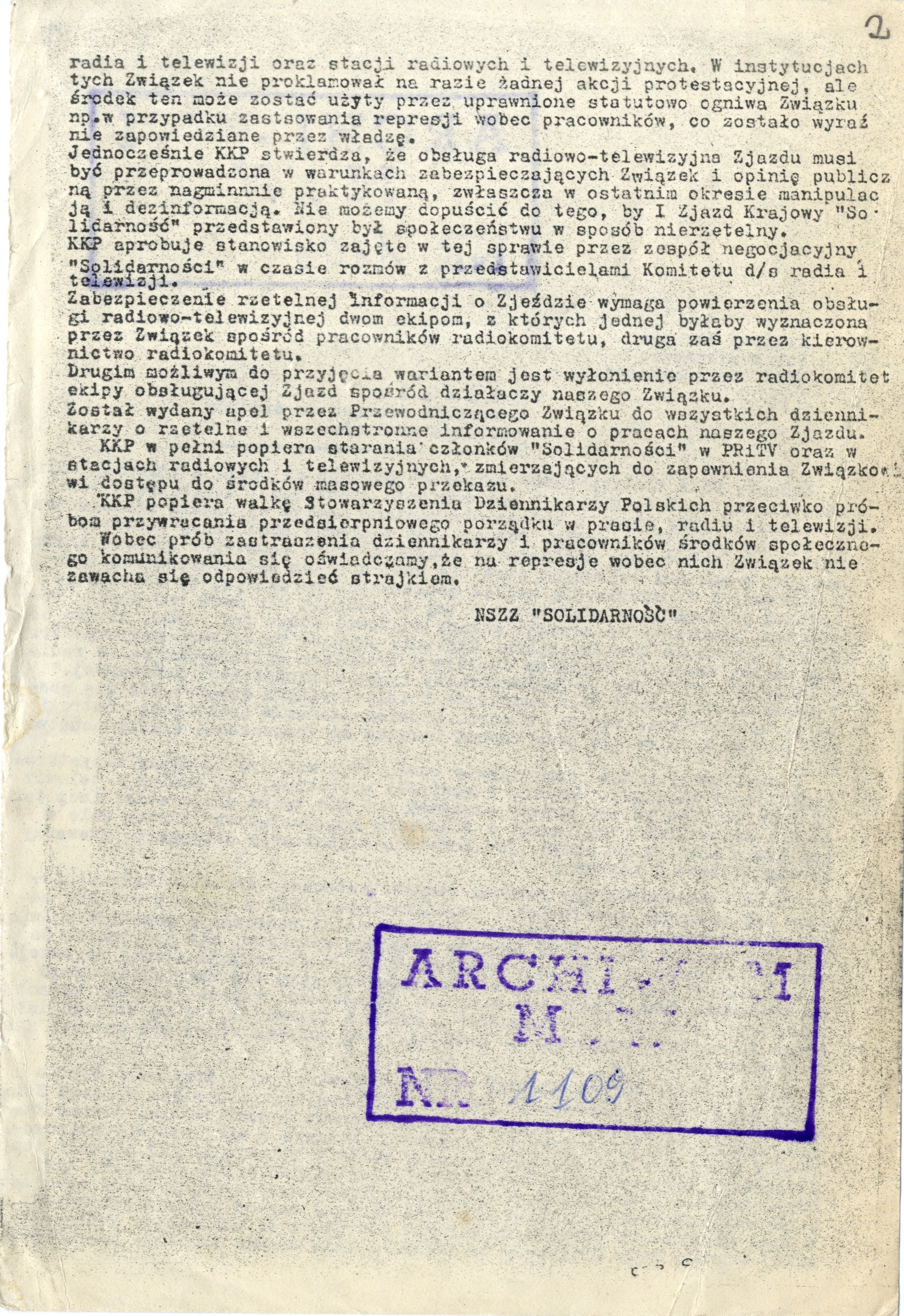