Strike at the Medical Academy of Gdansk

The Archives of the National Commission of NSZZ „Solidarność” hold a large collection of documents related to workers’ strikes in Poland. Among them there is interesting documentation of a sit-in students’ strike at the Medical Academy of Gdansk which took place in November 1980. This protest began on the 7th of November, at 2:30 pm, and aimed to show solidarity with protests of medical sector employees resulting from failed negotiations between the representatives of Solidarity Trade Union of Healthcare Professionals (led by Alina Pieńkowska) and the government representatives. Initially about 300 students went on strike, but the number reached 2000 at the peak of the strike. The agreement with authorities was reached on November the 17th.

Attached is a choice of documents related to these protests, starting with daily calendars of events and communications of the Organisational Committee of the Solidarity Sit-In Students’ Strike in the Medical Academy of Gdansk. They are followed by an appeal to students on strike to commemorate the 62nd anniversary of regaining independence by Poland, an appeal by Jadwiga Wasilewska (representing the Solidarity Trade Union of Healthcare Professionals) to the Healthcare Minister, a reply by Krzysztof Kundo to allegations put forward by the government related to payrise demands by healthcare professionals. There is also information on strikes in educational sector which were taking place simultaneously, and thanks expressed by the Medical Academy students to academic teachers and healthcare professionals for their full understanding of the nature of students’ protests.

Next is a copy of “Pomost” (bridge, liaison) – a newspaper issued by striking students, where you can find a reply by Jan Samsonowicz to comments made by Mieczysław Rakowski on TV, as well as names of the Strike Committee of Healthcare Professionals who were members of the Solidarity Trade Union and who occupied the Voivodeship Office in Gdansk at that time. Short interviews with some of the protesters and those who supported them are also mentioned, eg. of Bożena Rybicka, Jacek Kuroń, Andrzej Gwiazda.

There are also news about providing all the students on strike with Chesterfield cigarettes by dr Michal Mędraś and dr Kietirakis, or about 500 zlotys offered by unknown individual for destroying posters informing about healthcare professionals’ strike.

They are followed by a special communication by the Organisational Committee of the Solidarity Sit-In Students’ Strike in the Medical Academy of Gdansk on the conclusion of the protest on the 17th of November 1980, and acknowledgements to the University of Gdansk students (department of economics) for moral and financial support and food provided during the strike. 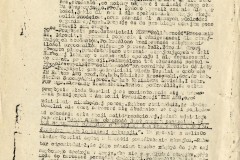 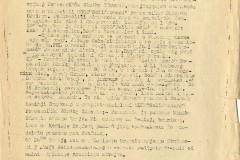 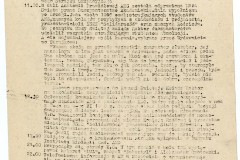 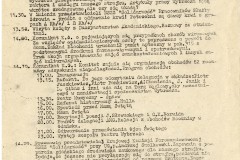 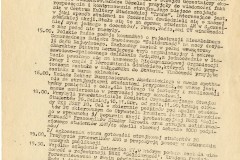 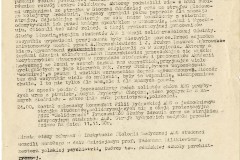 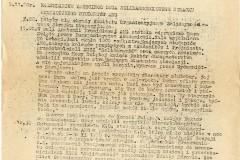 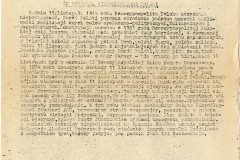 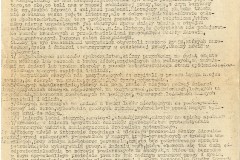 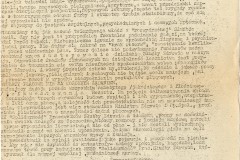 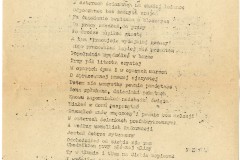 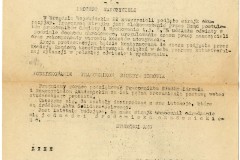 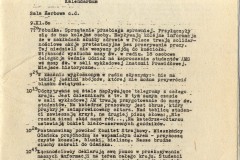 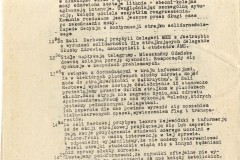 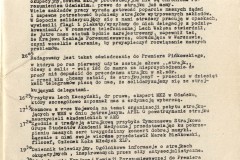 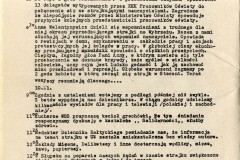 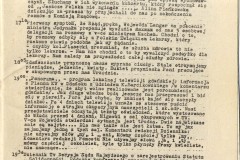 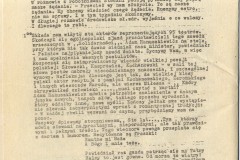 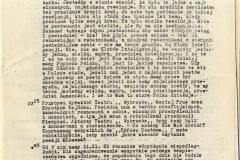 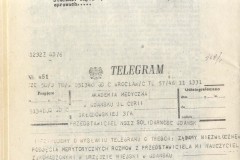