Texts of protocols to the agreements signed in Gdańsk, Szczecin, Jastrzębie and Katowice, AKKS 347/3/406

This year marks the 40th anniversary of establishing the Independent Self-Governing Trade Union “Solidarity”, so we publish texts of agreements signed by the government of the Polish People’s Republic with the strike committees established in 1980. The agreements were signed on August the 30th in the common room of the Adolf Warski Szczecin Shipyard, on August the 31st in the BHP Hall of the Gdańsk Shipyard in Gdańsk, on September the 3rd at the July Manifesto Coal Mine (now: “Zofiówka”) in Jastrzębie-Zdrój, and on September the 11th at Huta Katowice in Dąbrowa Górnicza.

The enclosed materials come from the collection of the Solidarity’s National Coordination Committee titled “Texts of protocols to the agreements concluded in Gdańsk, Szczecin, Jastrzębie and Katowice.” The collection includes the texts of all the above-mentioned agreements issued by various publishers. The texts of all four agreements were published by the Więź publishing house. Protocols to the agreements from Gdańsk, Szczecin and Jastrzębie, together with the statutes of the Solidarity Trade Union (excluding those signed in Huta Katowice), were issued by the National Publishing Agency in Warsaw in 1980. The texts of the agreements signed in Szczecin, Gdańsk and Jastrzębie-Zdrój were also published by the Solidarity Trade Union of the Wielkopolska Inter-Enterprise Founding Committee in Poznań in 1981. The memorandum of understanding referring to the conclusions and propositions of the Inter-Enterprise Strike Committee with the Government Committee in Szczecin was printed on September the 2nd 1980 in Sztandar Ludu – Journal of the Polish United Workers’ Party. The protocol to the agreement signed by the Government Committee and the Inter-Enterprise Strike Committee at the Gdańsk Shipyard was published by the NOWA Independent Publishing House.

Those interested in the above described documents and in our other archival materials are kindly invited to see our holdings in our Reading Room of the Archives of the National Commission of the Solidarity Trade Union at Wały Piastowskie 24. They are accessible from Monday to Friday between 9:00 and 15:30. As the number of users accepted daily is limited, please let us know in advance about your planned visit either by phone +48 (58) 308-43-92, +48 (58) 308-44-20, +48 (58) 308-43-83, or at . Due to the coronavirus pandemic all users are required to cover their nose and mouth! 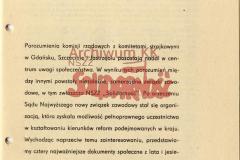 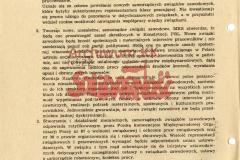 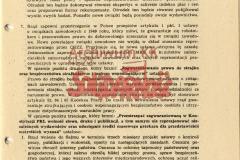 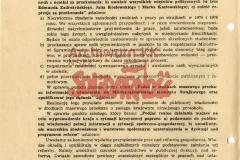 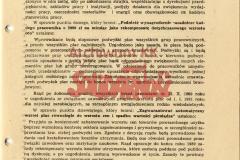 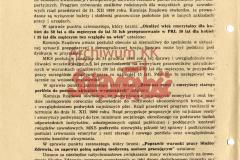 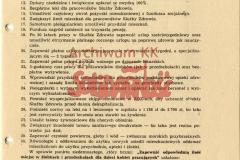 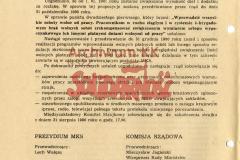 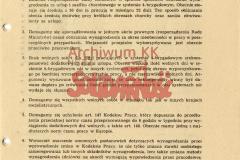 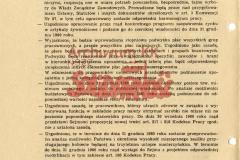 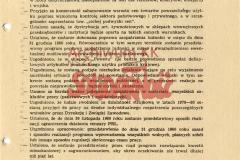 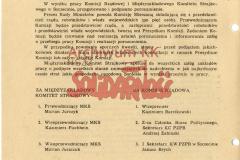 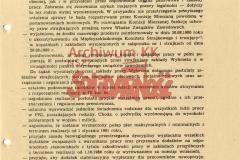 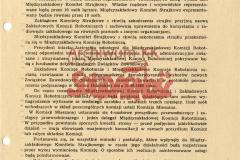 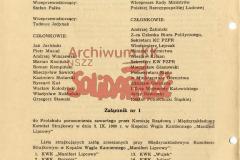 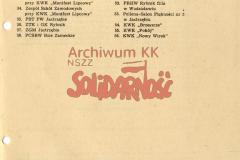 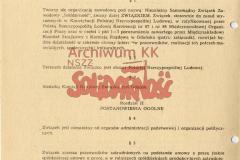 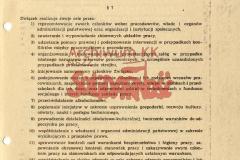 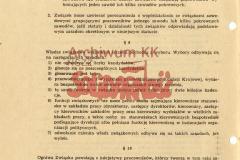