Among them you can find archival materials related to protests in Szczecin, e.g. those organized by students of the Pomeranian Medical Academy in Szczecin in November 1980. Attached is also the appeal to citizens of Szczecin and replies to press notes published in “Głos Szczeciński” and “Kurier Szczeciński.”

You may also have a look at the Solidarity Trade Union Committee of RSW „Prasa-Książka-Ruch” Zakłady Poligraficzne (Workers’ Publishing Cooperative “Press-Book-Movement”) leaflet, which contains information on Szczecin printers’ strike in January 1981.

One cannot ignore another leaflet referring to the announcement of readiness to strike in all enterprises of the Gdańsk Region in protest against brutality of the Citizens’ Militia (MO) and Security Service (SB) in Bydgoszcz towards Solidarity members. The leaflet contains names of activists from the West Pomerania Region: Zbigniew Brzycki and Zbigniew Szymkowiak.

In the leaflet of the Crew of Marine Ship-Repair Yard in Świnoujście, Solidarity Trade Union members demand that the government presents a full economic reforms program with a schedule.

The appeal of the Ministry of National Defence and Ministry of Internal Affairs civil employees who were members of the Solidarity Trade Union was addressed to citizens of Szczecin. It refers to a meeting organized on December 9, 1981 in front of the main gate of the Military Hospital in Szczecin.

Also interesting, in our opinion, is the leaflet presenting an operational model of regional administration. It was proposed by the Solidarity Trade Union West Pomerania Region.

If you are interested in the attached documents and in our other archival material please contact us by email: . 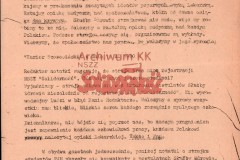 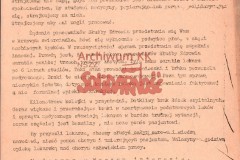 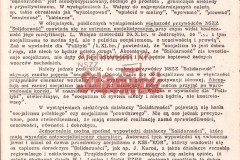 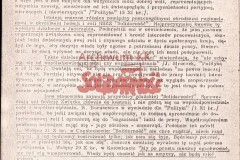 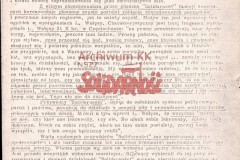 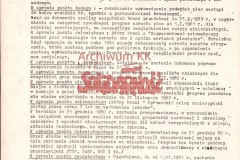 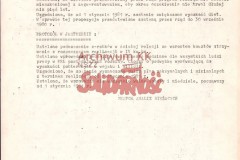 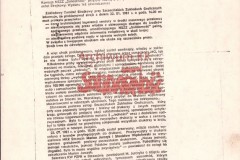 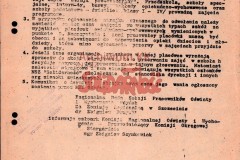 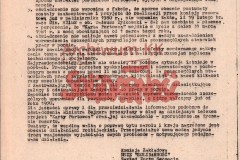 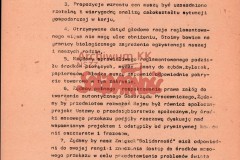 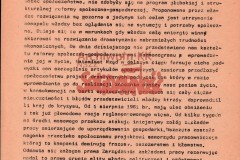 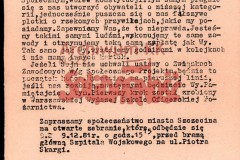 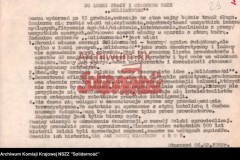 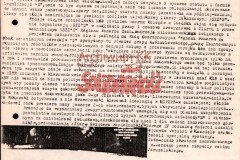 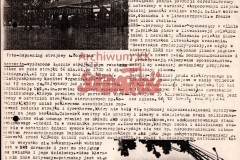